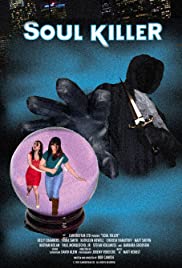 Young marketing professional Natalie is trying to climb the corporate ladder at a cutthroat ad agency in Los Angeles. Her earnest pursuit has gotten her nowhere, while her corrupt co-workers, Shannon and Alexandra, rise to the top. But before long, her co-workers begin to be stalked by something not of this earth – a creature that kills by astral projection, leaving behind a flawless corpse with no trace of fingerprints. The police have no leads, and it seems Natalie is its next target. Now, Natalie must search, through Tarot Cards and Old World Magic, to unravel the mystery of the Soul Killer.