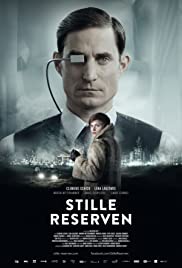 The insurance salesman Vincent Baumann, a cold-blooded careerist and minion of a merciless system, becomes a victim of the very corporations he is representing. Degraded to a henchman he grimly struggles to get back on the job market. He fights to climb the social ladder. In the process he realizes that there are other values than income and success. He decides against his previous ideology and for another human being, for Lisa Sokulowa. They don’t have a future. But they celebrate a small triumph against the dominance of the ruling system.