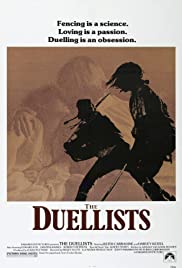 In 1800, as Napoleon Bonaparte rises to power in France, a rivalry erupts between Armand and Gabriel, two lieutenants in the French Army, over a perceived insult. For over a decade, they engage in a series of duels amidst larger conflicts, including the failed French invasion of Russia in 1812, and shifts in the political and social systems of Europe.