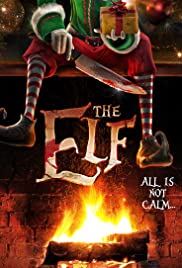 Nick is haunted by night terrors stemming from a tragic murder he saw when he was young. After inheriting an old toy shop, he discovers a cursed elf doll sealed inside an ancient chest with a naughty list of his family’s names written on it. He soon discovers that the elf was an evil conduit meant to unleash a supernatural killing spree during the Christmas Holidays by whomever set it free.