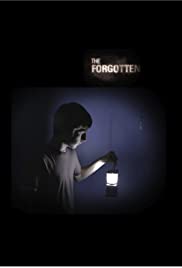 When a father and son are forced to squat in an empty London council estate scheduled for demolition, 14-year-old Tommy starts to hear strange noises coming from the boarded-up flat next door… While Tommy struggles to reconnect with his deteriorating father, and glean where his mum might have gone, introverted Tommy makes an unlikely new friend in ballsy, street-smart Carmen. She is everything he isn’t. And together they start to unravel the chilling truth behind the sounds coming through Tommy’s bedroom wall and the bizarre things that Tommy has started seeing. Eventually Tommy & Carmen break in and find the next door flat empty. But the hauntings only escalate and when Mark is injured and taken into hospital, Tommy finds himself alone on the estate. He realises he’s in way over his head. What does the malign force want…? The truth is more terrifying than Tommy could imagine. From the producer of THE BORDERLANDS, a tensely plotted, superbly acted, gritty urban supernatural horror.