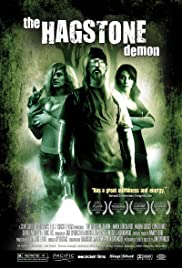 Douglas Elmore is an alcoholic writer and caretaker haunted by visions of his dead wife and pursued by supernatural forces bent on revenge for his past deeds. When tenants start turning up dead in the hallways and stairwells of his brownstone apartment building, Douglas suspects a strange but sexually alluring homeless prostitute named Karna who sleeps in his basement by day and prowls the empty city by night. But as the bodies pile up, Douglas is torn between his growing obsession with Karna and the threat of becoming a prime suspect in a murder investigation. Douglas must find the origin of the evil residing in the old Hagstone building before the secrets of his past return to destroy him.