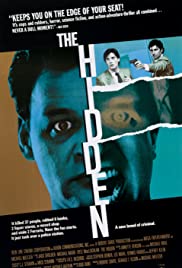 An alien is on the run in America. To get his kicks, it kills anything that gets in its way, and uses the body as a new hiding place. This alien has a goal in life; power. Hotly pursued by another alien (who’s borrowed the body of a dead FBI agent), lots of innocent people die in the chase.