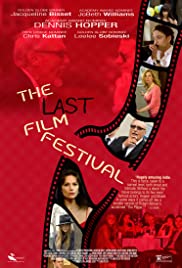 Dennis Hopper plays Nick Twain, a Hollywood Producer whose latest film is rejected by every film festival in the world except one- in Ohio. Nick will do anything to get his film distributed, including manipulating his dysfunctional cast into attending the festival. Hollywood egos and small town politics inevitably collide.