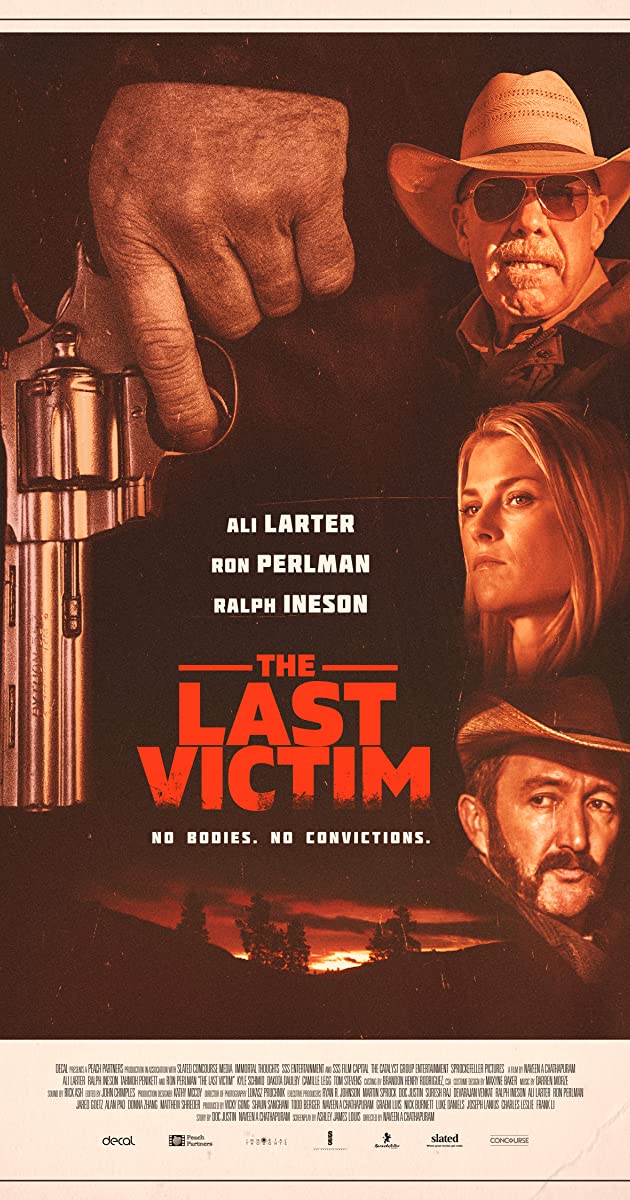 The Last Victim is a Neo Western thriller set in the American southwest, following Sheriff Hickey trying to solve the worst case he has seen in his small town, likely caused by a violent local gang led by a fearsome criminal.