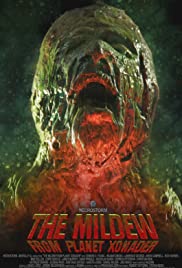 The year is 1984. Researchers at the secretive Bentan Labs are celebrating the completion of their latest weapons project: a previously unknown type of mildew, capable of spreading and consuming any kind of vegetation… and ideal for attacking stockpiles of enemy food. When a sponsor is accidentally infected, the mildew’s spores are set loose across the facility. As aggressive soldiers flood the complex and the infected staff begin to mutate, the survivors come to realize that the mildew is in fact an alien creature! To avoid an agonising death, the remaining scientists must join forces with “Toxic” – a mysterious mercenary who has infiltrated the building on a covert mission. Will anyone escape the clutches of this out of control fungus and the army of crazed mutants it has created? Body melts, alien mutations, tons of action and geysers of gore await you. The ’80s are back!

Watch The Mildew from Planet Xonader