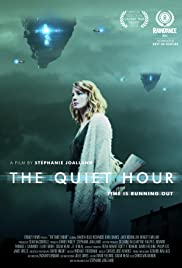 In a remote part of rural, post-apocalyptic England, now occupied by unseen alien invaders, a feisty teenage girl sets out on a desperate attempt to fight back a group of bandits and defend her parents’ farm, their remaining livestock, and the solar panels that keep them safe from extraterrestrials. If she doesn’t succeed, she will lose her only source of food and shelter; if she resists, she and her helpless blind sibling will be killed.