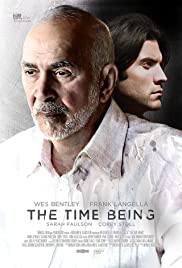 An artist meets a mysterious and wealthy benefactor and their relationship is not what it appears to be. In this suspenseful drama from first-time writer-director Nenad Cicin-Sain, a struggling young artist (Wes Bentley) accepts a series of bizarre commissions from an eccentric, dying millionaire (Frank Langella) who may be trying to either help further his career or destroy his life.

Watch The Time Being