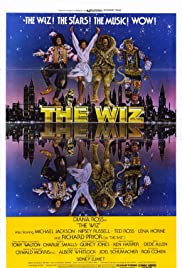 A Thanksgiving dinner brings a host of family together in a Harlem apartment, where a 24-year-old schoolteacher named Dorothy Gale (Diana Ross) lives with her Aunt Em (Theresa Merritt) and Uncle Henry (Stanley Greene). Extremely introverted, she has, as Aunt Em teases her, “never been south of 125th Street”, and refuses to move out and on with her life.