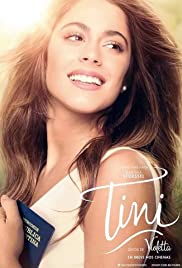 Shot in Spanish and localized for markets around the world, “Tini – El Gran Cambio de Violetta” is set to thrill fans with everything they loved about the worldwide Violetta phenomenon including strong musical elements with new and original tracks, exciting choreography, compelling storylines, and intriguing characters. All made bigger and better for the big screen. The film shows how taking the role in the TV series was a pivotal moment for Tini leading to a personal ‘coming of age story’ about the young actress. In a story that reflects the teen star’s own real life, Tini will leave behind the world depicted in Violetta, striking out alone and embarking on a brand new adventure over one endless summer that will define her as a person and see her emerge as a new artist.