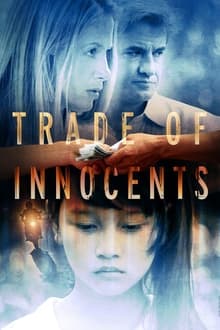 In the back streets of a tourist town in present-day Southeast Asia, we find a filthy cinder block room; a bed with soiled sheets; a little girl waits for the next man. Alex (Dermot Mulroney), a human trafficking investigator, plays the role of her next customer as he negotiates with the pimp for the use of the child. Claire (Mira Sorvino), Alex’s wife, is caught up in the flow of her new life in Southeast Asia and her role as a volunteer in an aftercare shelter for rescued girls where lives of local neighborhood girl’s freedoms and dignity are threatened. Parallel story lines intertwine and unfold twists against the backdrop of the dangerous human trafficking world, in a story of struggle, life, hope and redemption in the “TRADE of INNOCENTS.”