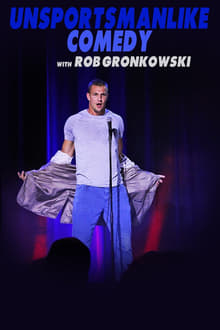 Rob Gronkowski, one of the greatest and most exciting players in pro football, is also “the funniest guy in sports” according to GQ Magazine. Sports and comedy come together in this comedy special hosted by The Gronk himself and featuring the standup comedy of Juston McKinney, Finesse Mitchell, Jay Larson, John Caparulo and Lenny Clarke.