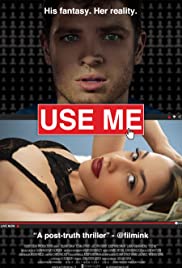 Ruin Me is a provocative thriller following filmmaker Julian Shaw (playing himself) as he makes a documentary about ‘mental humiliatrix’ Ceara Lynch (playing herself). Lynch is a new breed of online sex worker who has made a fortune humiliating her willing clientele over the Internet without ever meeting them in person. As Julian delves deeper into Ceara’s bizarre practice he discovers that the line between fantasy and reality isn’t as clear as she portrays it to be. Could it be that Ceara is hiding something deeply unethical from Julian? Perhaps some of her clients aren’t as willing as she has portrayed them to be? When Julian engineers a real-world encounter between Ceara and a slave he believes she has wronged, a game of cat and mouse begins that could have life and death consequences.