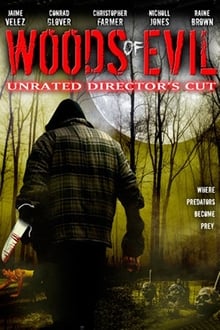 Three thugs decide to kidnap two rich girls to get rich. After kidnapping the girls, they flee to the woods to avoid detection and until the ransom is paid. The girls try to warn the men that there is something in the woods, but they don’t listen. The force in the woods comes alive and one by one, they each fight for their lives.